CHANNEL is a sound poem about a mythical tribe that discovers and discusses a higher state of consciousness as they gradually moves into a collective hive mind. CHANNEL was composed for the 12th International Sound Poetry Festival in New York City held from April 11th-21st 1980. It was premiered on Tuesday April 15th at Washington Square Church.

CHANNEL requires 2 Male Readers,  3 Female Readers, and a Timer and/or timing devices for performers such as an i-phone stopwatch.

The readers sit at a long table facing the audience. The male readers bookend the female readers.  Facing the table, the male reader on the far right is the number 1 reader. The female reader sitting next to him is the number 2 reader, and so on to the number 5 reader. Each performer has their part and scores ready to go. A candle is lit in front of each performer. The Timer, if a timer is used, takes a position in front of the readers, not disturbing the audiences view.  When the timer places the 00:00 timing card on a stand, the composition begins. Timing cards are placed every five seconds. If performers are using an i-phone type timing device they must all start their stop watches at the same time.

Each reader is given a Part with timing sequences, and instructions on what to say and when to say it.  Basic words are given and explained in their part. Each reader is directed to eight scores referenced within the part. They are 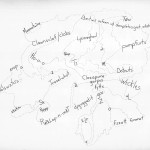 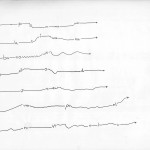 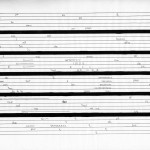 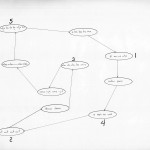 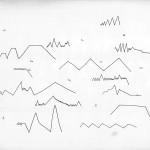 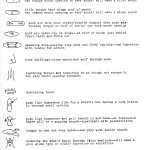